Although COVID-19 has prevented us from presenting public readings of submitted plays as we normally would be doing during the fall and winter months, we remain committed to our mission of nurturing and supporting local playwrights. To that end, we invite you to browse our new series, Five Minutes with the Playwright, featuring BPF playwrights and their work.

Debbie Bennett, actor, designer, producer, former BPF Board Member and stalwart friend of Baltimore Community Theater, passed away on August 9, 2020. She was immensely talented. An interior designer by profession, Debbie brought to the stage a strong sense of clarity, balance, passion and humor, whether she was gracing the stage as an actor or bringing a play to life as a set designer and producer.

Debbie participated as an actor in countless BPF readings and served on our Board 2011-2013, developing for us a Strategic Business Plan. She had a wicked sense of humor, was kind, and had an unerring eye for beauty. Debbie attended The American Embassy School, studied Art History at Swarthmore College and Interior Design at The George Washington University.

Debbie acted in (among others) the BPF plays, Real Time by Mimi Teahan, Keeping the Faith by Carol Weinberg, Seafood Buffet by Rosemary Frisino Toohey, Turtle Soup by Anne Lefter, Willie Baby by Kimberley Lynne, Joe Dennison and Carol Weinberg, Amanda’s Line by Kathleen Barber, Miss Alice Plays by Rich Espey, Helena Troy by Rich Espey, and Frank Talk by Sharon Goldner. Debbie produced the BPF plays Dusting Belgrade by Ronda Cooperstein and The Blue Eye of Robert Oppenheimer by Victoria Danos. She designed the sets for Scorpions by Mark Scharf and Unraveled on the Gravel by Kevin Kostic.

The Baltimore Playwrights Festival is honored to have Debbie as part of the BPF family. She will be missed.

The Baltimore Playwrights Festival, while closely monitoring COVID-19 impact and regulations for reopening, have completed readers’ evaluations of plays submitted for our 40th Season, and evaluations have been forwarded to all playwrights. We have not yet determined when or in what form we will be able to hold public readings of new plays. Like the rest of the world, we are waiting to see how the Pandemic will play out. Rest assured that we are enthusiastic about the new plays we have received, and although on “pause,” we will resume our mission to serve Maryland and DC playwrights just as soon as it is safe to do so.

Above all, we hope everyone stays safe during these challenging times. Let’s all take care of each other.

Thank you to all of the playwrights who submitted their works to us this year! The next phase of the BPF season is for our volunteers to read and evaluate play submissions. If you are interested in becoming a reader for us, please sign up for our mailing list (right navigation bar), or email [email protected] 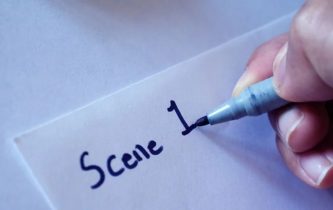 We’d love to have your submissions for the Baltimore Playwright Festival Season 40! Let us all hear your voice. Now, more than ever, we need talented people like you all to share your dreams, hopes, and vision with the theatre community. Click here for more information. Stay home, stay safe, and keep writing!