The last weekend of this month, the alumni of the National Conservatory of Dramatic Arts (where Mario teaches classes in comedy) will be producing Our Lady of Sandwich, a comedy he wrote with his friend, Keith Bridges. Our Lady of Sandwich had a public reading at the Baltimore Playwrights Festival’s "marathon" session on March 10th.
The play takes place in Sandridge, North Carolina, a small Southern town that finds itself suddenly turned “head-over-Tarheels” when a diner waitress says she and her best friend were visited by the Virgin Mary. The only thing more bizarre than the reported apparitions are the comical events they set into motion around the town – pitting locals against sightseers, Baptists against Catholics, and truth against fiction. The story provides a funny, yet thought-provoking, look at the nature of miracles.

The Whispers of Saints won both Best Play and Best Production in the 2002 Baltimore Playwrights Festival.

The Baltimore Playwrights Festival is proud to announce that The Chick Files by local playwright Sharon Goldner, will receive an independent reading at 7:00 pm, Saturday, March 10th, at The Strand Theater, as part of their Second Saturday Reading Series. The event is free of charge, and open to the public. There will be a discussion with the playwright following the reading, at which audience members are encouraged to give their feedback.

Then a series of monologues exploring women’s lives, The Chick Files originally received its first public reading as a part of the BPF’s season last year. "The reading I had last year was extremely helpful," Ms. Goldner says. "I rewrote the script from top to bottom based on what a few of the audience members suggested." The play now features characters that interact more with each other in a group therapy setting, allowing the audience a glimpse into their every-day lives.

Born and bred in Baltimore, Sharon Goldner began writing while in high school, and has had over 30 short stories published in literary journals across the country and in England. Switching her focus from short stories to plays within the past few years, Ms. Goldner appreciates the opportunities to hear her plays read afforded to her by the Baltimore Playwrights Festival, and The Strand’s Second Saturday series. "Writing is a very solitary process, and having the opportunity for a reading gives me a sense of accomplishment, like the readers got it, they understood what I was trying to do, the story I was trying to tell. That is worth its weight in gold."

The production will be directed by Miriam Bazensky, award-winning director and Vice Chair of the Baltimore Playwrights Festival, who, since directing the original BPF reading of The Chick Files, has become a great supporter of Ms. Goldner’s work.

Several playwrights whose work was read or produced in the Baltimore Playwrights Festival were given Individual Artists Award grants this year by the Maryland State Arts Council, in recognition of their exceptional quality work. Congratulations to them, and to all the award recipients.

Ken Davenport is a Broadway producer whose credits include Godspell, Chinglish, Oleanna starring Bill Pullman and Julia Stiles, Speed-the-Plow, Will Ferrell’s You’re Welcome America, Blithe Spirit starring Angela Lansbury, and 13. His production company, Davenport Theatrical, offers a Script Coverage Service, which aims to provide writers working on new plays or musicals with dramaturgical feedback from a Broadway producing professional, as well as advise on the piece’s commercial potential and possible next steps. 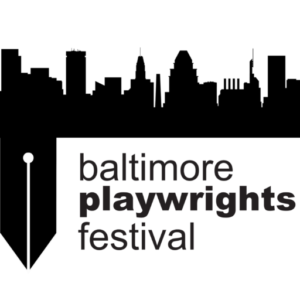