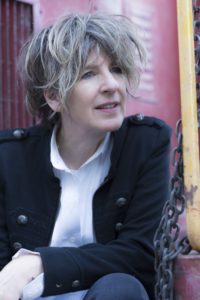 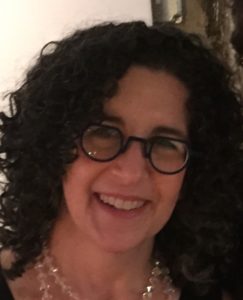 On March 24, Small House, No Secrets, a new musical by Jody Nusholtz and SONiA disappear fear (Sonia Rutstein) will be read at 10:30 am at the Fells Point Corner Theatre. 251 S. Ann Street, as part of The Baltimore Playwrights Festival Season 37 Play Development Readings. There will be a talk-back after the reading. Readings are free and all are welcome. Street parking is available as well as a nearby paid parking lot at Pratt and S. Ann.

Liz is already unraveling when she and her boyfriend Harry arrive at her cousin Eric’s for Thanksgiving dinner. Expecting a marriage proposal, Liz enlists Eric’s help in deflecting the question, but bigger questions arise when a stranger stopping by turns out to be the lesbian ex-lover Liz wasn’t ready for in her freshman year of college. The past comes crashing back, the truth comes tumbling in, and secrets are served instead of dinner. Characters face issues of sexuality, loyalty, family, religion, and the inescapable self.

Jody Nusholtz is a writer and communication arts professor at Carroll Community College, where she is also the lead coach for the college’s inFocus Success Coaching. Her ten-minute play Saving Mrs. Goldfarb was produced as part of the Baltimore 10×10 Festival in 2011. Her play Back to Baltimore was given a directed reading as part of the Baltimore Playwrights Festival in 2006. She has also published poetry in The Whirlwind Review, Maryland Poetry Review, Kalliope, and Sojourner. Jody has a PhD in Interdisciplinary Studies: Creative Writing and Psychology of Transformation, from Union Institute and University, and a Master of Arts in Creative Writing from Emerson College.

SONiA disappear fear (Sonia Rutstein) is a world class composer and artist. She is the recipient of the Coin of Honor from a joint coalition of United States military for her humanitarian music. She received the GLAMA (Gay and Lesbian Music Awards) for Female Artist of the year and the GLAAD (Gay and Lesbian American Anti-Defamation) Award for Best Album. Writing songs in Spanish, Hebrew, Arabic, German and in multiple genres from blues to Middle Eastern to country-western and folk, she reaches song lovers around the globe. She received the Spirit of Folk Music Award 2017 by the Folk Alliance International. SONiA’s latest double CD LIVE at MAXiMAL was in the first round running Grammy for Folk Album of the year and received the nomination for Best Live Album by the IMA Independent Music Awards (USA). She resides in Baltimore, Maryland with her partner and wife, Terry Irons.